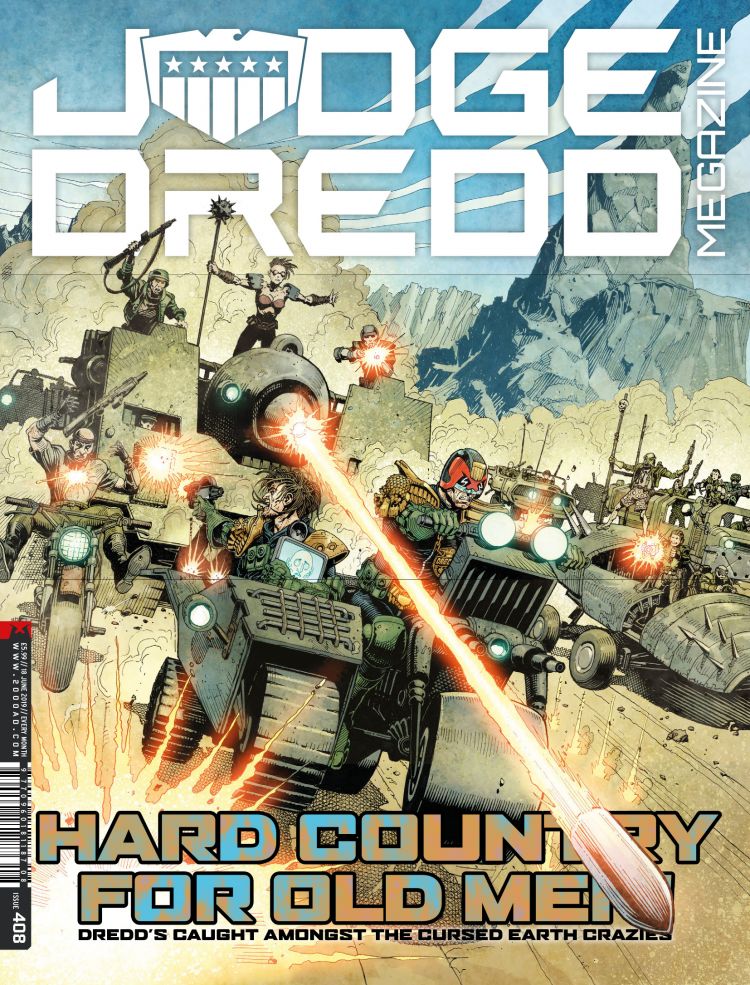 Mega-City One, 2141 AD. This vast urban hell on the east coast of post-apocalyptic North America is home to over 130 million citizens. With the populace crammed into giant city-blocks, tensions are on a knife-edge. Crime is rampant and stemming the tide of chaos are the Judges, future lawenforcers empowered to dispense instant justice. Toughest of all is Judge Dredd – he is the Law!