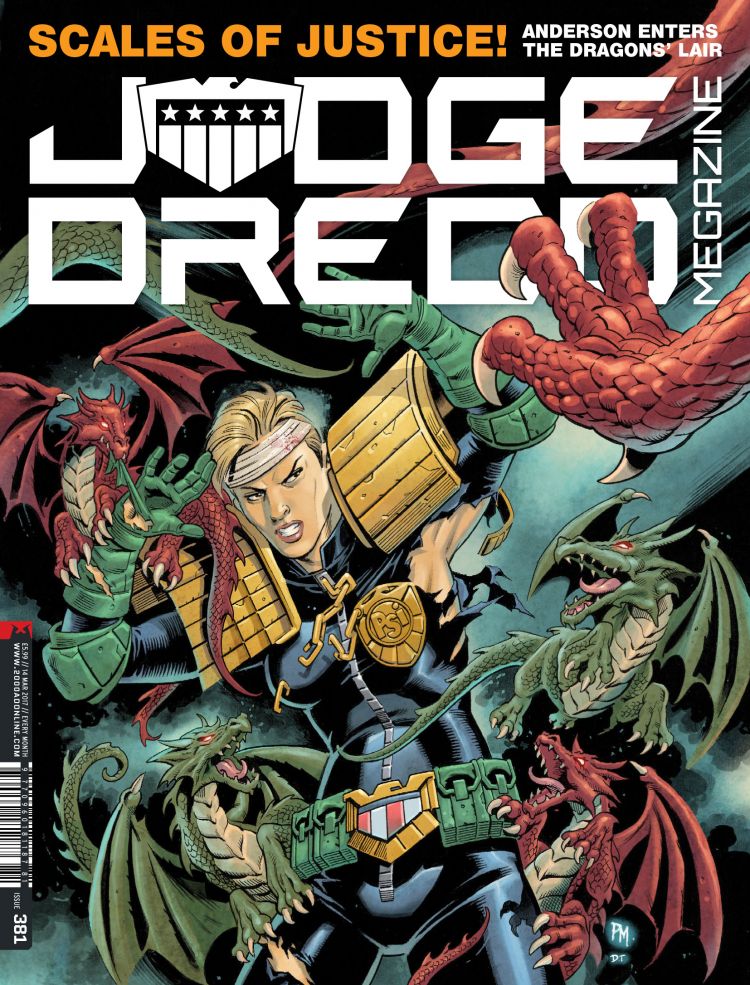 Mega-City One, 2139 AD. This vast urban hell on the east coast of post-apocalyptic North America is home to over 72 million citizens. Crime is rampant, and stemming the chaos are the Judges, empowered to dispense instant justice. Toughest of them all is Judge Dredd – he is the Law! Now, in pursuit of a perp that’s absconded to Texas City, Dredd’s making his presence felt there...

Mega-City One, 2139 AD. Psi-Div is a section that specialises in Judges with accentuated psychic talents – from precognition to exorcism, it is at the forefront in the war against supernatural crime. Cassandra Anderson is Justice Department’s top telepath, and in a bid to have a break from the city she’s currently supporting the policing of the mutant townships...