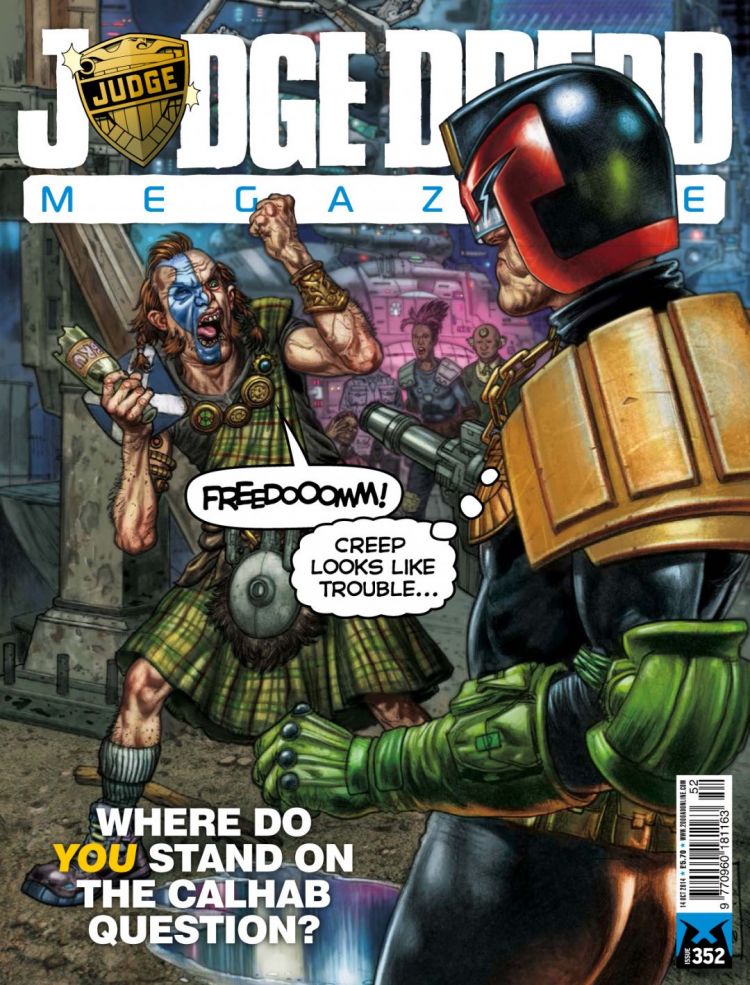 Where do You Stand on the Calhab Question?

Mega-City One, 2136 AD. This vast urban hell on the east coast of post-apocalyptic North America is home to 50 million citizens. Crime is rampant, and the Judges are empowered to dispense summary justice. These lawmen are judge, jury and executioner. Toughest of all is Judge Dredd – he is the Law! Now, Dredd investigates a mysterious death at the Chaos Day Memorial...

Colonial Marshal Metta Lawson is appointed to the frontier township of Badrock, and immediately has her work cut out for her bringing order to the colony, where trouble comes in many forms, from droid to mutant to uplift. Will she be able to maintain order where other lawmen have failed?

Mega-City One, the cusp of the twenty-second century. Eight hundred million people are living in the ruin of the old world, a planet devastated by atomic war. Only one thing fighting for order in a metropolis teetering on the brink of chaos – the men and women of the Hall of Justice. While persuing a perp through the mean streets of ‘The Spit’, two Judges may have just started a riot...