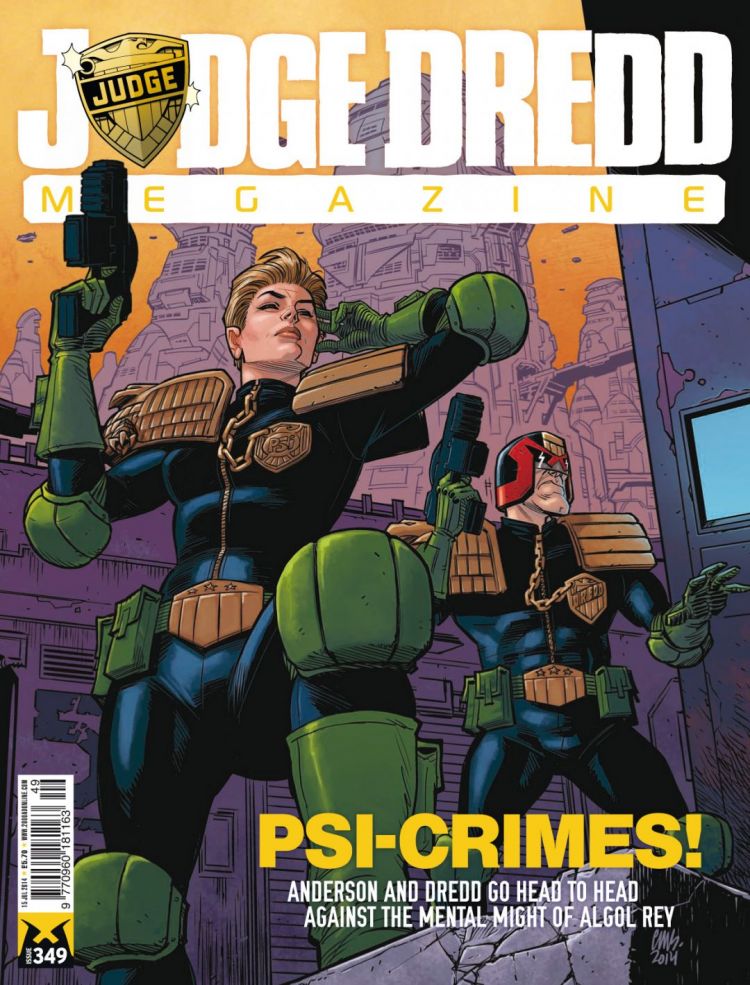 Mega-City One, 2136 AD. In a metropolis the size of the Big Meg, from the back alleys of City Bottom to the penthouses atop Ricardo Montalban Block, there are limitless tales waiting to be told. Take the sad case of Two Ton Tony Tubbs, once the popular eating champ, who’s finding that a loss of both weight and lucrative endorsements means he’s in a drokkload of debt...