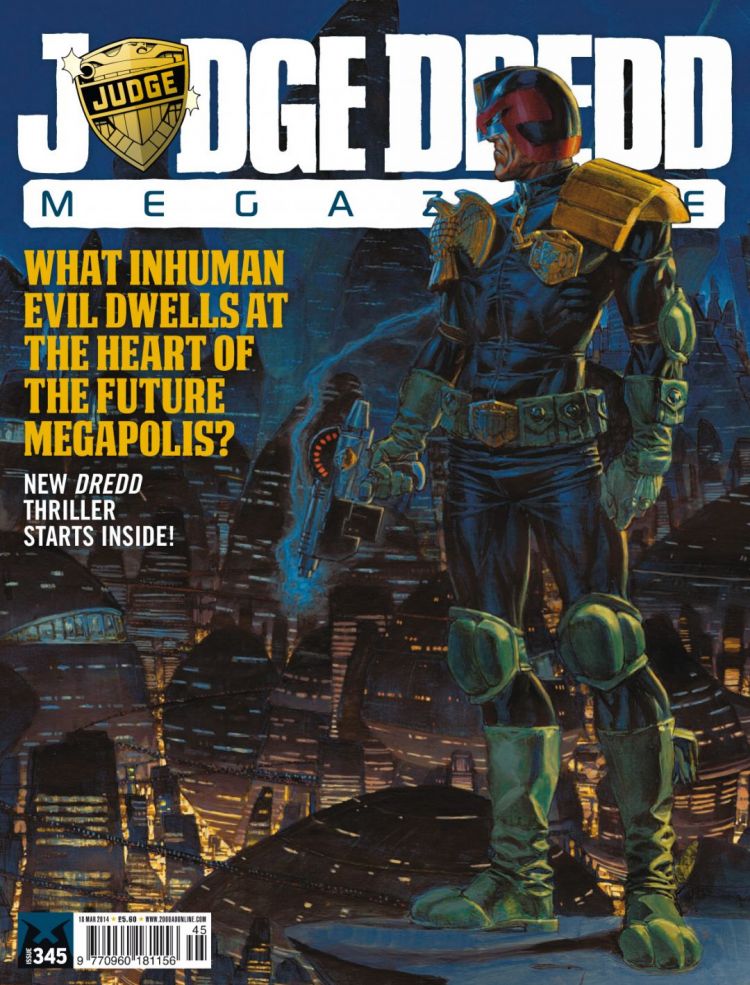 What Inhuman Evil Dwells at the Heart of the Future Megapolis?

Mega-City One, 2136 AD. This vast urban hell on the east coast of post-apocalyptic North America is home to 50 million citizens. In the wake of the Chaos Bug, the city is trying to recover. Crime is rampant, and the Judges are empowered to dispense summary justice. These lawmen are judge, jury and executioner. Toughest of all is Judge Dredd – he is the Law!