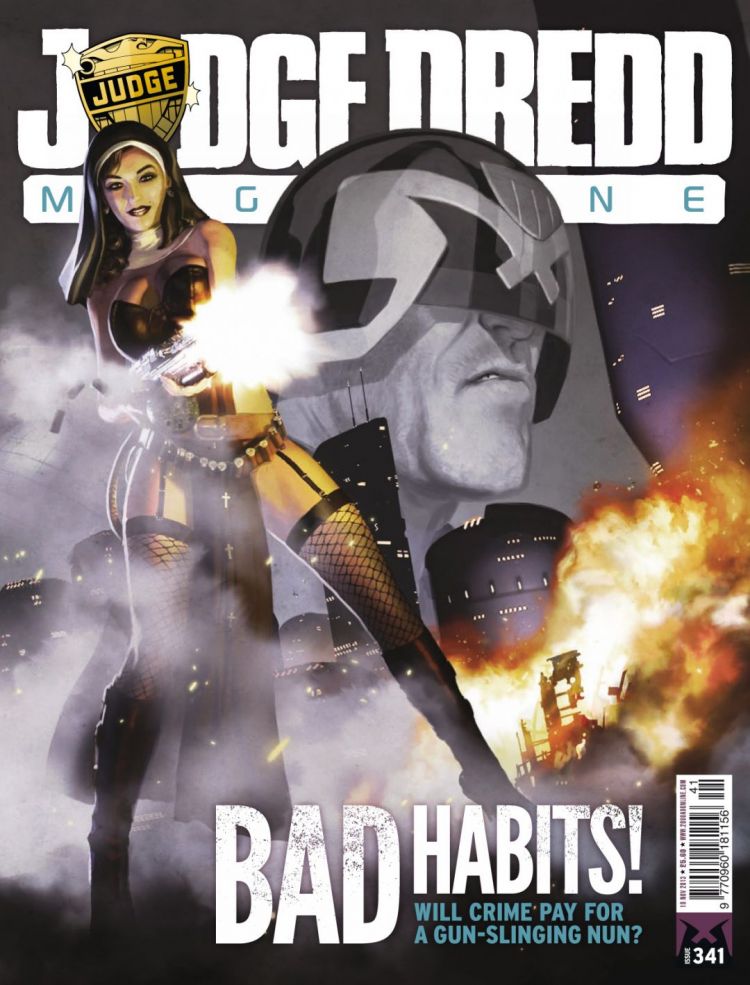 Mega-City One, 2135 AD. This vast urban hell on the east coast of post-apocalyptic North America is home to 50 million citizens. As the metropolis gets back on its feet after a viral outbreak, crime is rampant, and the Judges are empowered to dispense summary justice. These lawmen are judge, jury and executioner. Toughest of all is Judge Dredd – he is the Law!