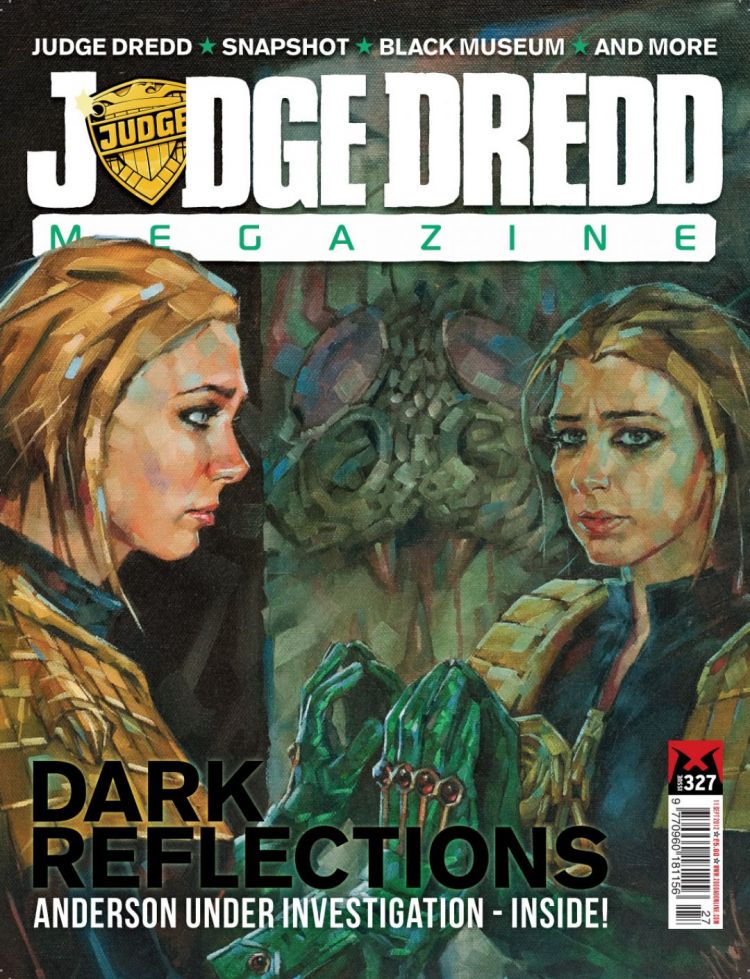 Mega-City One, 2134 AD. This vast urban nightmare on the east coast of post-apocalyptic North America is home to 400 million citizens. Unemployment is rife, crime is rampant, and the Judges are empowered to dispense summary justice. These lawmen are judge, jury and executioner. Toughest of them all is Judge Dredd – he is the Law!

Mega-City One, 2134 AD. Psi-Division is a section within Justice Department that specialises in Judges with accentuated psychic talents – from precognition and telepathy to exorcism, it is at the forefront in the war against supernatural crime. Cass Anderson is Psi-Div’s top telepath, and now she is under investigation following her failure to stop a nuclear detonation...

Mega-City One, 2134 AD. Deep in the heart of the Grand Hall of Justice lies the Black Museum, Justice Department’s permanent exhibition of the relics from bygone crimes. Whether it’s a notorious serial killer’s trophies or the weapons of the Dark Judges, the violent history of the Big Meg is laid bare here. Let guide Henry Dubble show you around...