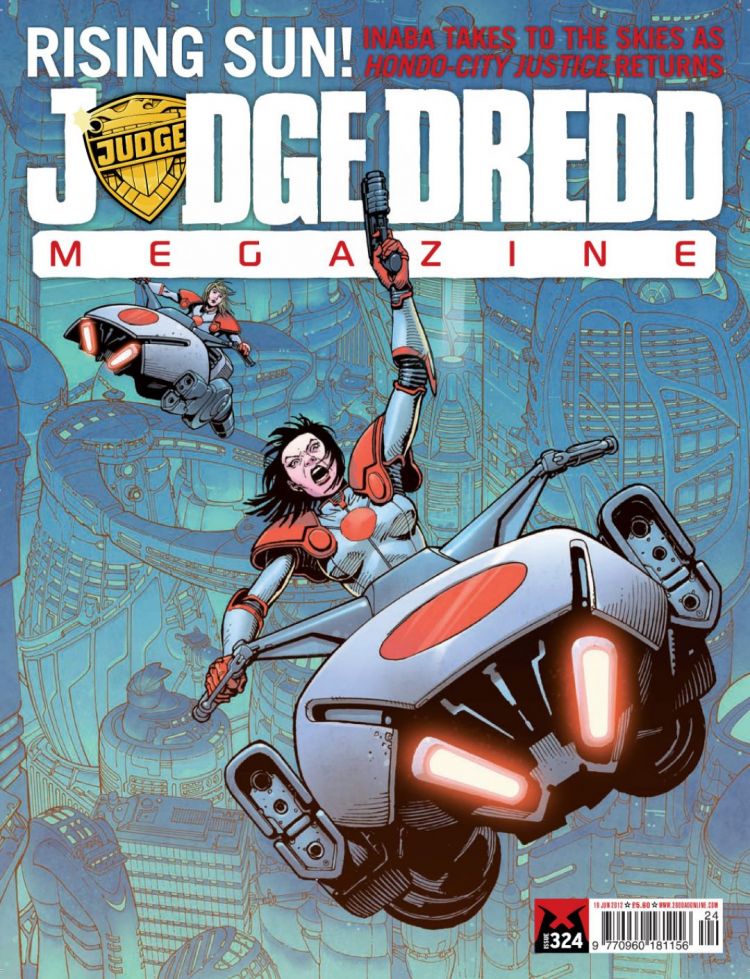 Mega-City One, 2134 AD. This vast urban nightmare on the east coast of post-apocalyptic North America is home to 400 million citizens. Unemployment is rife and crime is rampant. Only the Judges can prevent total anarchy. Empowered to dispense summary justice, these lawmen are judge, jury and executioner. Toughest of them all is Judge Dredd – he is the Law!

Hondo City, 2134 AD, where ancient samurai values clash with high technology in the Japan of the twenty-second century. Aiko Inaba is a rarity – a woman rightfully wearing the uniform of a Hondo City Judge Inspector. Once Judge Shimura’s cadet partner, she is now a rising star in Justice Central, but some of her mentor’s cynicism and distrust of authority has rubbed off...

Samizdat – a form of Soviet dissent. The Sov Block radwastes, 2134 AD. Captain Grigori Rykov and Lieutenant Anna Tereshkova were formerly of the Sov military, fighting the separatists, but their refusal to follow orders meant they became enemies of the state. They’ve now formed their own six-man strikeforce, Samizdat Squad, hitting back at the despotic ruling party...