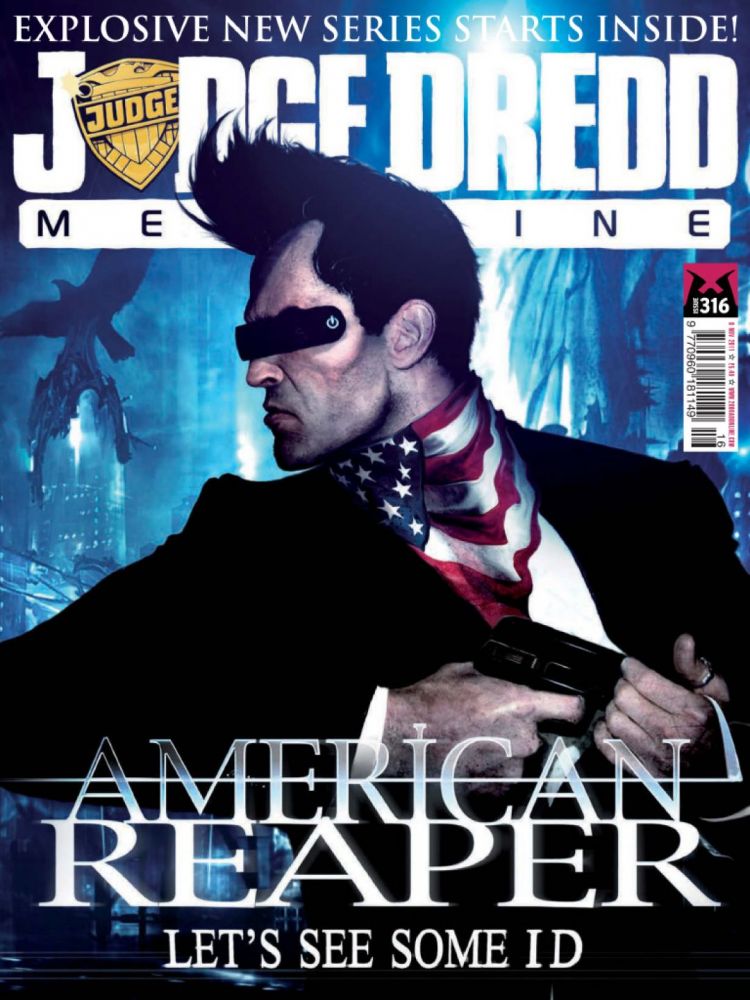 Mega-City One, 2133 AD. This vast urban nightmare is situated on the east coast of post-apocalyptic North America, with the toxic Black Atlantic on side and the irradiated wasteland known as the Cursed Earth to the west. Home to 400 million citizens, every one a potential perp, overcrowding and unemployment are endemic and crime is rampant. Only the Judges can prevent total anarchy. These lawmen are judge, jury and executioner, and toughest of them all is Judge Dredd – he is the Law!