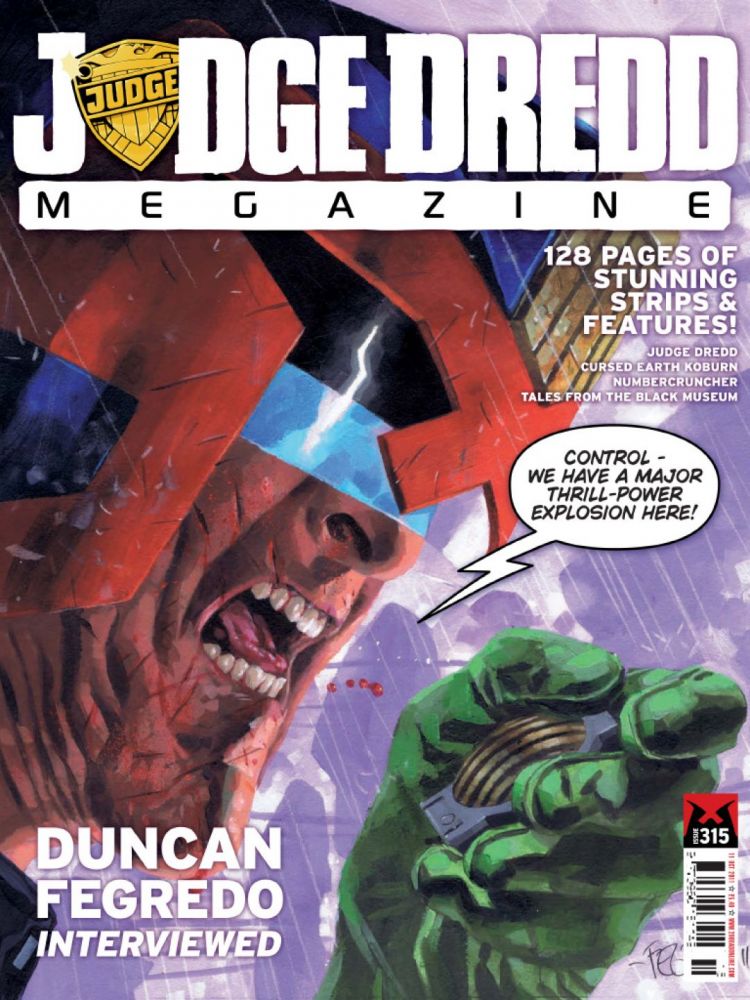 Control - We Have a Major Thrill-Power Explosion Here!

Judge Dredd » In the Absence of the Sacred (Part 1)

Mega-City One, 2133 AD. This vast urban nightmare on the east coast of post-apocalyptic North America is home to 400 million citizens, every one a potential perp, and with crime rampant only the Judges can prevent total anarchy. These lawmen are judge, jury and executioner, and toughest of them all is Judge Dredd – he is the Law!

The Black Museum » Slay it With Flowers (Part 1)

Mega-City One, 2133 AD. Deep in the heart of the Grand Hall of Justice lies the Black Museum, Justice Department’s permanent exhibition of the relics from bygone crimes. Whether it’s a notorious serial killer’s trophies or the weapons of the Dark Judges, the violent history of the Big Meg is laid bare here. Let guide Henry Dubble show you around...