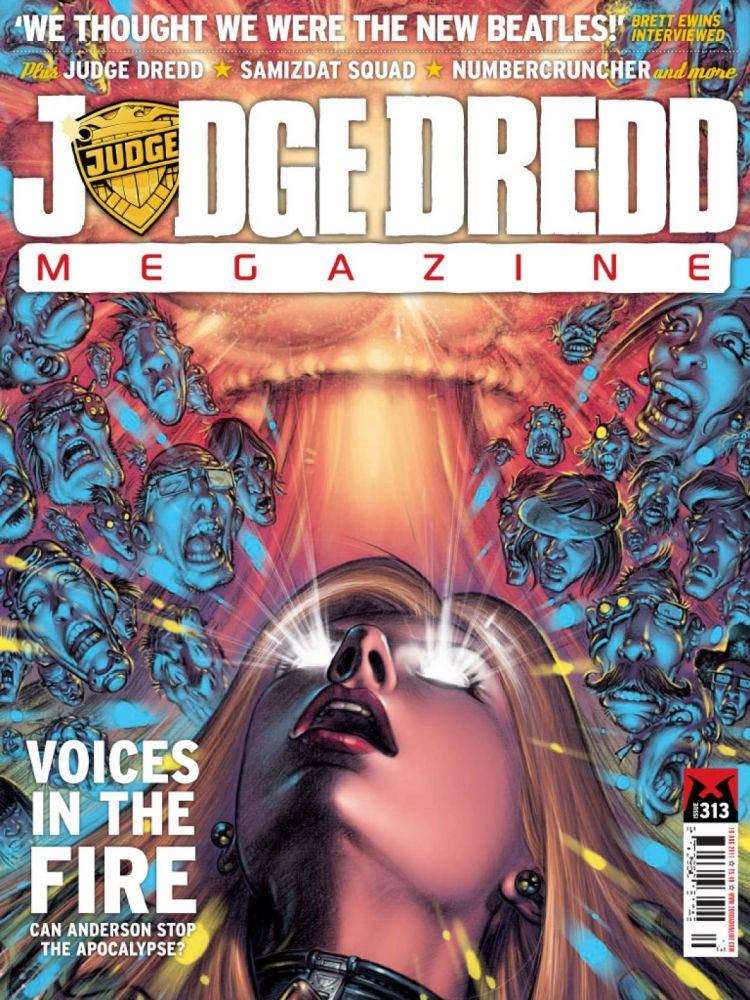 Voices in the Fire

Mega-City One, 2133 AD. This vast urban nightmare on the east coast of post-apocalyptic North America is home to 400 million citizens, every one a potential criminal, and only the Judges can prevent total anarchy. These lawmen are judge, jury and executioner, empowered to dispense instant justice, and toughest of them all is Judge Dredd – he is the Law!

Samizdat – a form of Soviet dissent. The Sov Block radwastes, 2133 AD. Captain Rykov and Lieutenant Tereshkova were formerly of the Sov military, fighting the separatists, but their refusal to follow orders meant they became enemies of the state. Sentenced to spend the rest of their days in a gulag, they’re now free and forming their own rebel strike squad...