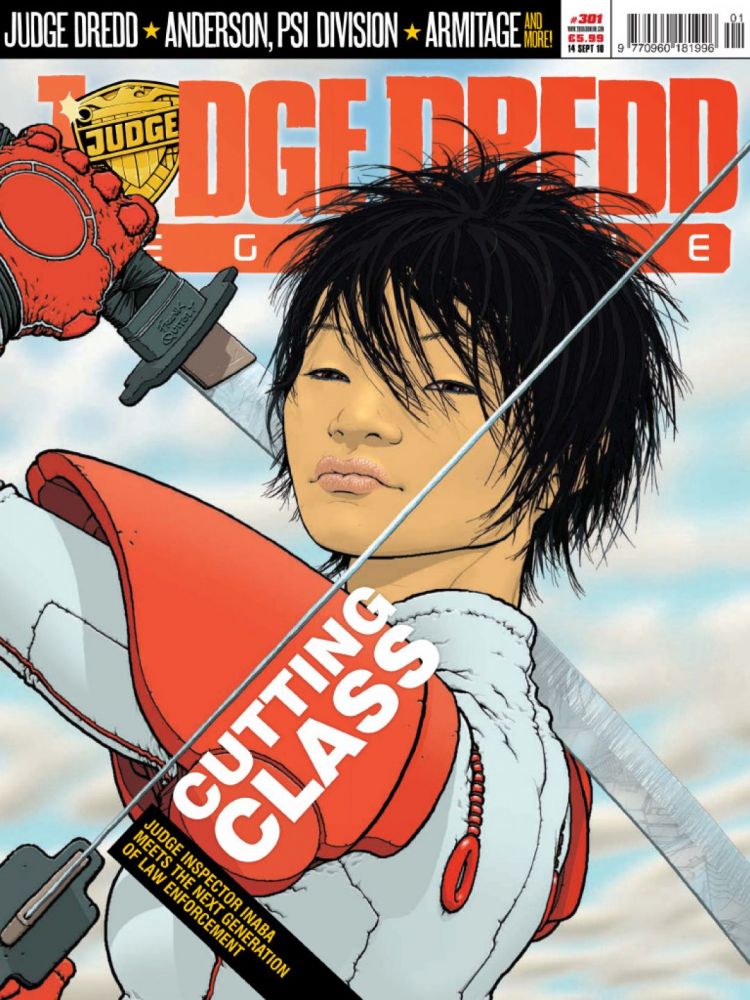 Mega-City One, 2132 AD. This vast urban nightmare on the east coast of post-apocalyptic North America is home to 400 million citizens. With overcrowding endemic and boredom universal, crime runs rampant, and only the Judges can prevent total anarchy. These lawmen are judge, jury and executioner, and toughest of them all is Judge Dredd – he is the Law!

Armitage » The Unpleasantness at the Tontine Club (Part 2)

Brit-Cit, 2132 AD. Detective-Judge Armitage is the best plainclothes operative in the Brit-Cit Justice Department, trawling the seamy underbelly of a rotten state. Often clashing with the bureaucracy that he sees as hindering any CID investigation, he’s also arrogant, opinionated and stubborn, as his partners Treasure Steel and ‘Timbo’ Parkerston-Trant know all too well...