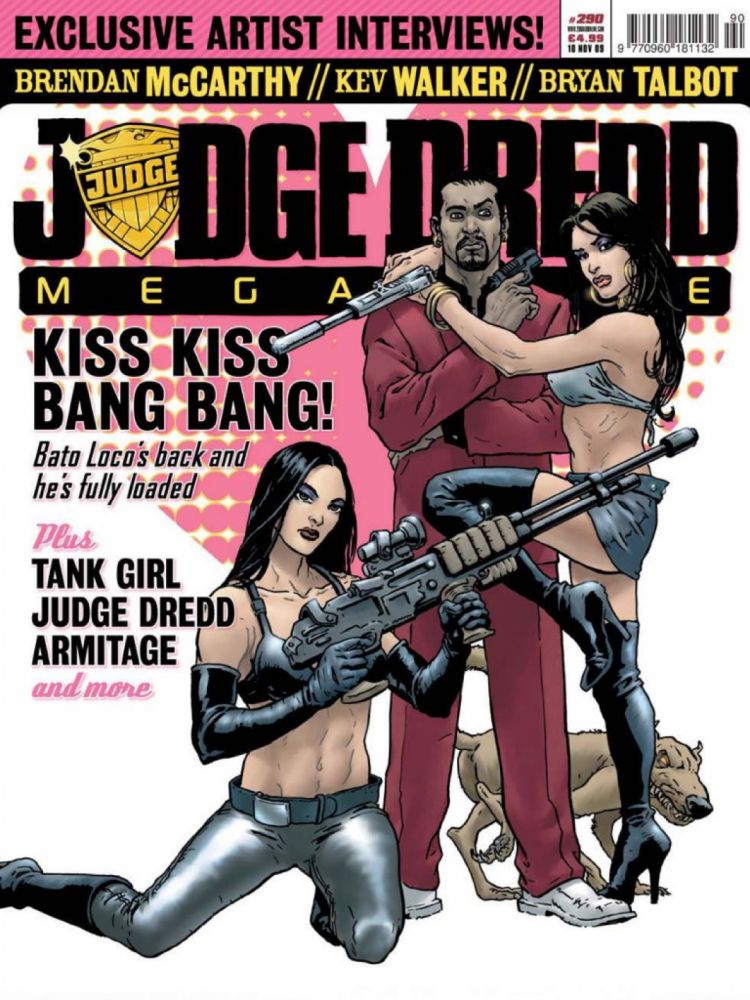 Mega-City One, 2131 AD. This vast urban nightmare on the east coast of post-apocalyptic North America is home to 400 million citizens. With crime running rampant, only the Judges can prevent total anarchy. These lawmen are judge, jury and executioner. Toughest of them all is Judge Dredd – he is the Law! Now, Dredd has been posted out into the Cursed Earth...

Australia, the near future. In this post-apocalyptic wasteland, the former bounty hunter turned outlaw known only as Tank Girl spends her days drinking, fighting and getting up to all manner of unspeakable acts. Armed with a massive tank, TG is accompanied by her partner and lover, the mutated kangaroo Booga – who’s having some anger management issues...

Mega-City One, 2131 AD. In the Big Meg’s Barrio Blocks, they call Carlito Agarra the ‘Bato Loco’ – ‘Crazy Guy’! He’s just tryin’ to make a dishonest cred in a mad city – but if it ain’t the Judges on his back, it’s Don Morte’s Mob, and if it ain’t the Mob it’s sure to be something else. Bad luck has a habit of following Carlito around, and he’s never far from trouble. Madon’!

Brit-Cit, 2131 AD. Detective-Judge Armitage is the best plainclothes operative in the Brit-Cit Justice Department, trawling the seamy underbelly of a rotten state. Often clashing with the bureaucracy that he sees as hindering any CID investigation, he’s also arrogant, opinionated and stubborn – as his long-suffering partner Treasure Steel knows all too well...