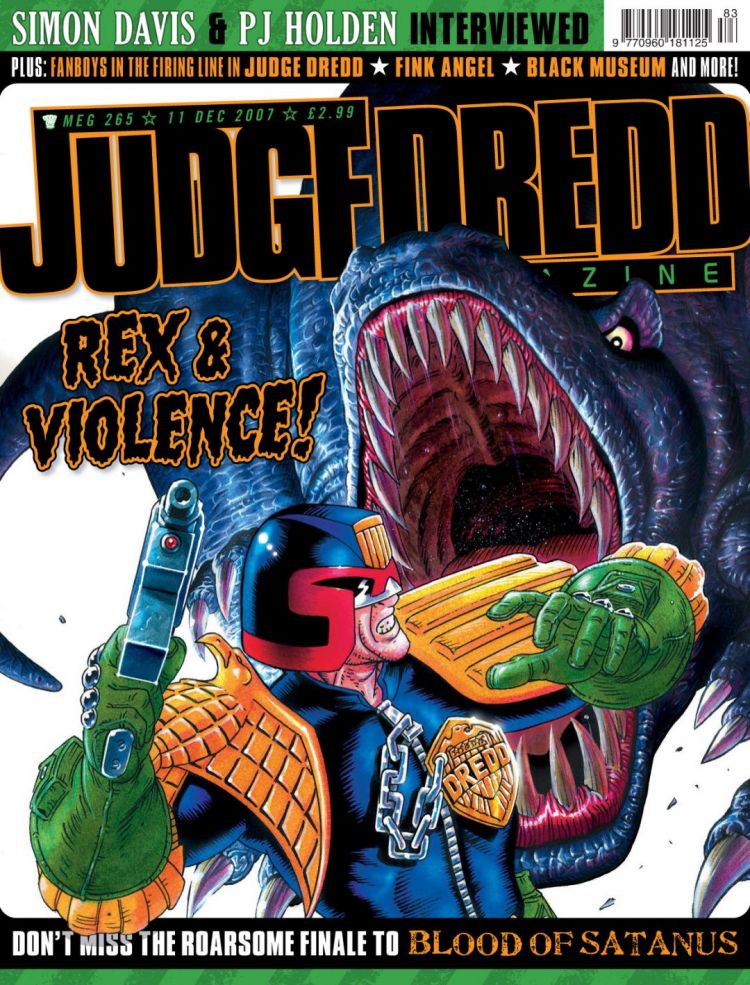 Mega-City One, 2129 AD. This vast urban nightmare on the east coast of postapocalyptic North America is home to 400 million citizens. With unemployment and overcrowding endemic and boredom universal, crime is rife. Only the Judges can prevent total anarchy. These future lawmen are judge, jury and executioner. Toughest of them all is Judge Dredd – he is the Law!

Interrogation - Thinking outside the Paintbox (Part 1)

Mega-City One, 2129 AD. Deep in the heart of the Grand Hall of Justice lies the Black Museum, Justice Department’s permanent exhibition of the relics from bygone crimes. Whether it’s a notorious serial killer’s trophies or the weapons of the Dark Judges, the violent history of the Big Meg is laid bare here. Let guide Henry Dubble show you around...

Small Press » ...and we had a longer queue than Mike Mignola (Part 1)