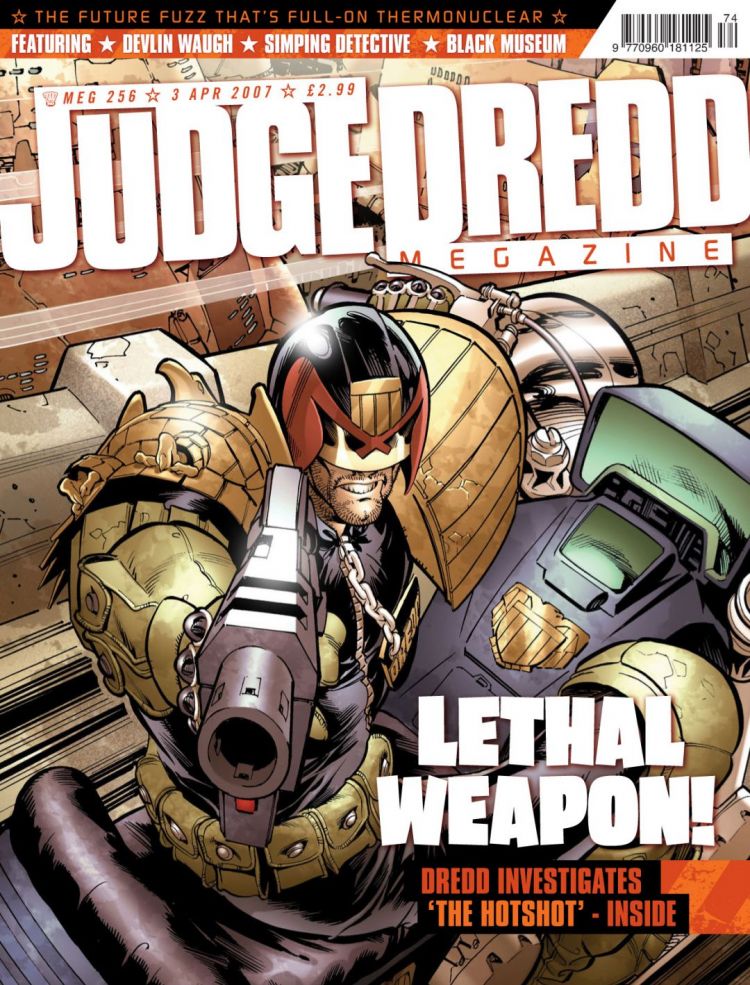 Monaco, Mediterranean Free State, 2128 AD. In a world where psychic phenomena are commonplace and horrors from beyond might invade our reality at any moment, one man stands firm against the terror – athlete, aesthete and vampire Devlin Waugh, the Vatican’s favoured freelance exorcist. Now, his actress mother Stella is collaborating on the writing of her memoirs...

The Simping Detective » No Body, No How (Part 4)

Mega-City One, 2129 AD. Deep in the heart of the Grand Hall of Justice lies the Black Museum, Justice Department’s permanent exhibition of the relics from bygone crimes. Whether it’s a notorious serial killer’s trophies or the weapons of the Dark Judges, the violent history of the Big Meg is laid bare here. Let guide Henry Dubble show you around...

Non Fiction » New Films: Are you Being Severed? (Part 1)