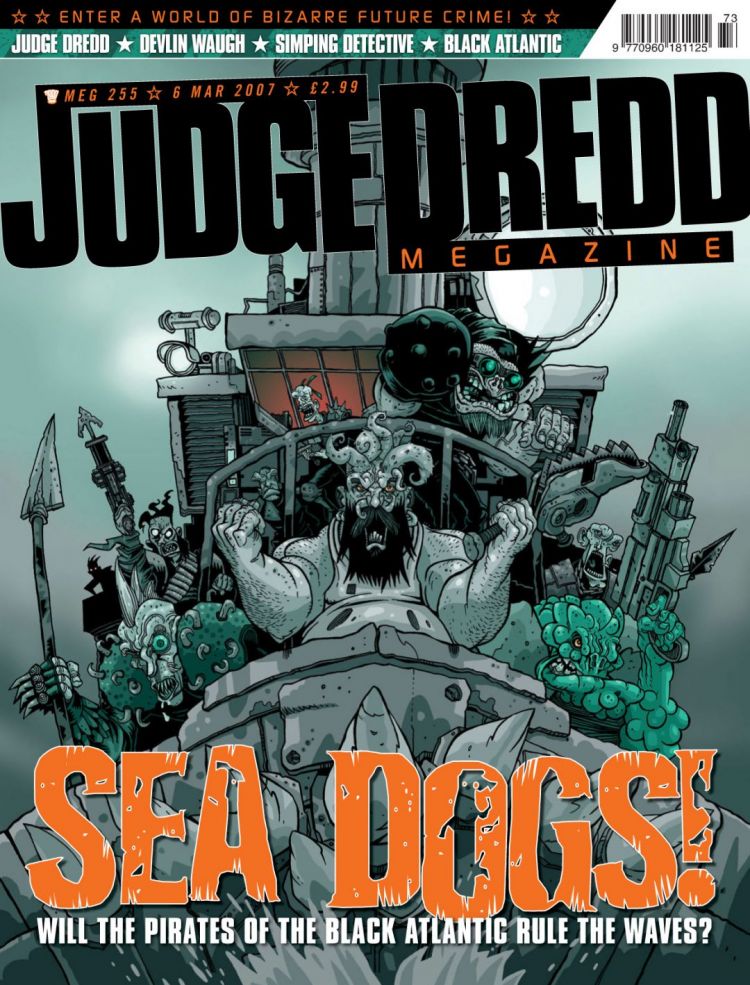 Mega-City One, 2128 AD. To the west of the vast metropolis lies the Cursed Earth, an irradiated wasteland; to the east is the Black Atlantic, an equally poisonous stretch of water, polluted by toxins and the fallout from the Great Atom War. For those that choose to live on it, it’s a dangerous existence – out here pirates and mutants ply their trade, far from the reach of the Law...

Monaco, Mediterranean Free State, 2128 AD. In a world where psychic phenomena are commonplace and horrors from beyond might invade our reality at any moment, one man stands firm against the terror – athlete, aesthete and vampire Devlin Waugh, the Vatican’s favoured freelance exorcist. Now, his actress mother Stella is collaborating on the writing of her memoirs...

The Simping Detective » No Body, No How (Part 3)