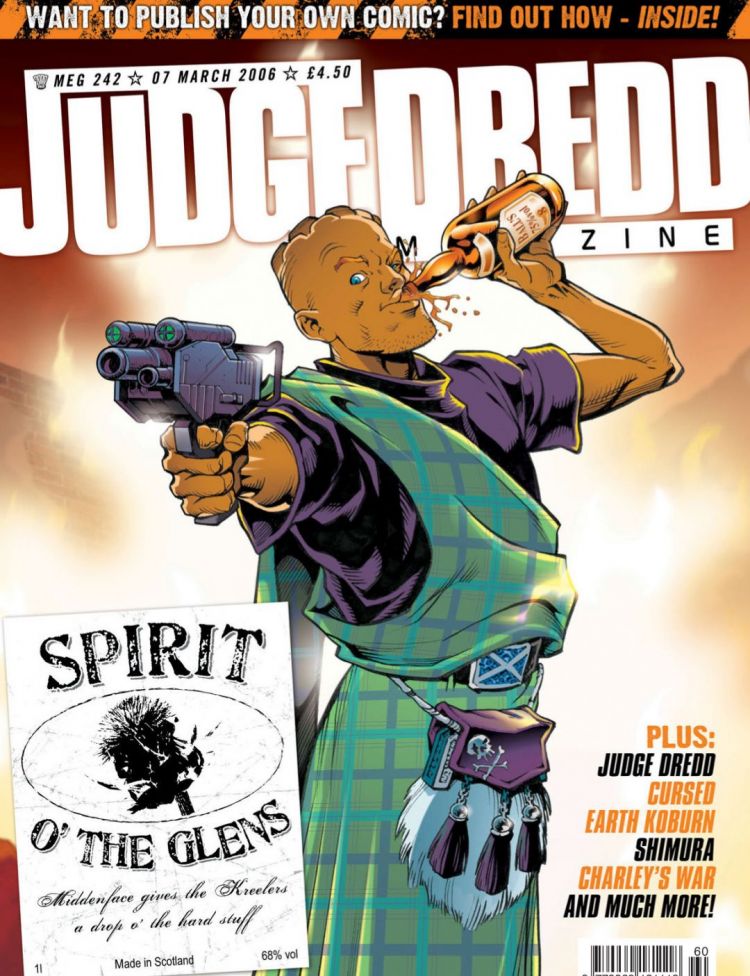 Shimura » The Harder They Come (Part 5)

Sinister Dexter » A Night Off (Part 1)

The swollen city of Downlode lies sprawled across the heart of future Europe like a hit-and-run victim. Here, life is cheap - if you want someone whacked, you can't buy better bullet monkeys than Finnigan SINISTER and Ramone DEXTER, the city's primo hitmen. Inspired by John Travolta and Samuel L. Jackson in Pulp Fiction.
Artist Jason Brashill declined the chance to co-create Sinister Dexter but he did paint the cover image to promote the characters' first appearance in Prog 981. Sinister is Latin for left, while Dexter is Latin for right.

Whatever happened to? » Alec Trench (Part 1)

Earth, an undisclosed point in time. Alec Trench was one of the worst writers to ever submit material to 2000 AD – so bad in fact that none of his stories were ever good enough to buy. Upset at the thousands of rejection letters he received, he tried to take his own life – and set in motion a very strange series of events...

Heatseekers » Orient: Image is Everything (Part 1)