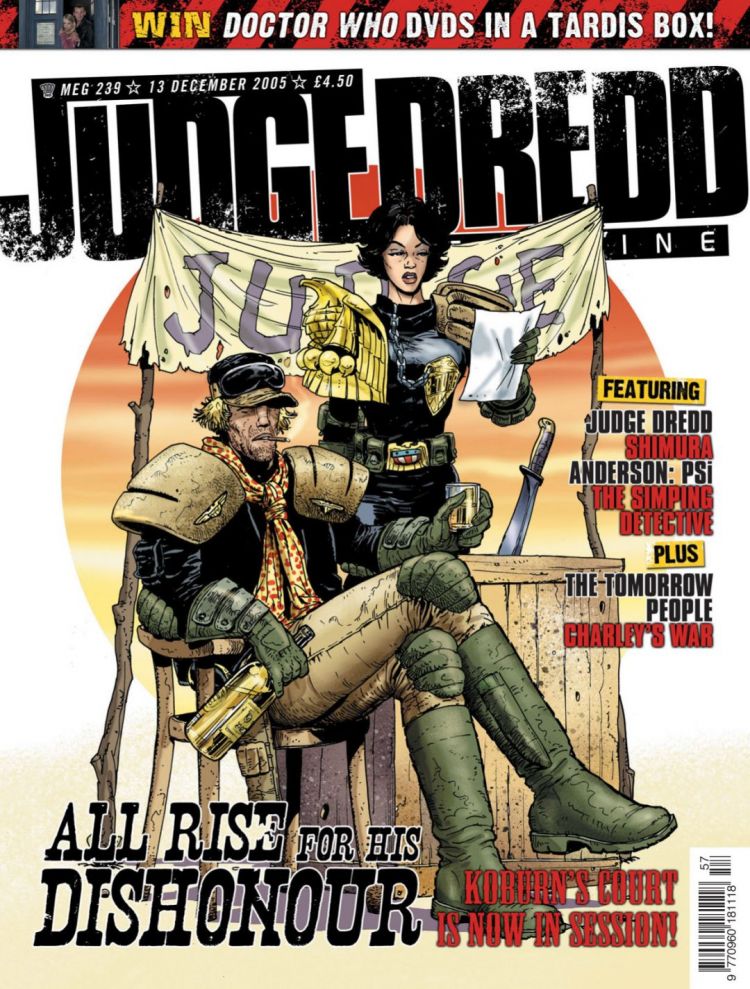 Mega-City One, 2127 AD: Simped-up PI Jack Point is an undercover Judge – ’cos only a clown would want to walk the streets of Angeltown. Sector Chief Daveez wants his head on a plate; pet Raptaur Cliq ain’t bothered with the plate; Ms Anne Thropé he wants on a plate. Covered in jam ...

Shimura » The Harder They Come (Part 2)

Heatseekers » Comics: The Word on the Streets (Part 1)

The Cursed Earth, 2127 AD: Cool, calculating, deadly, Judge-Marshal Koburn is a future lawman unlike any other. A stickler might call him a disgrace to the uniform – but out in the irradiated wilderness, he tells his idealistic partner Bonaventura, the only way to survive is to take it easy ...