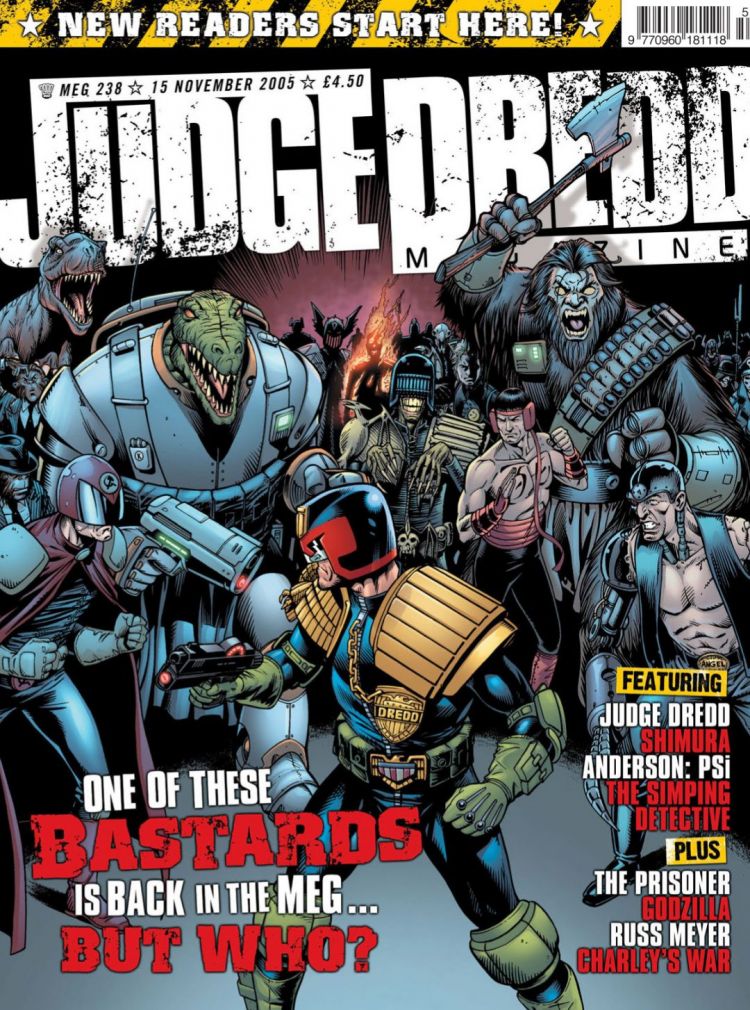 Mega-City One, 2127 AD: Simped-up PI Jack Point is an undercover Judge – ’cos only a clown would want to walk the streets of Angeltown. Sector Chief Daveez wants his head on a plate; pet Raptaur Cliq ain’t bothered with the plate; Ms Anne Thropé he wants on a plate. Covered in jam ...

Shimura » The Harder They Come (Part 1)

Mega-City One, 2127 AD. In Sector 301 – ‘The Pit’ – Judge Giant is on the trail of an illegal new stim, ‘Burn’. Backing him up from his hospital bed is crippled former partner Guthrie – but will Giant carry out his promise to abide by Guthrie’s wishes, and kill him if he chooses?