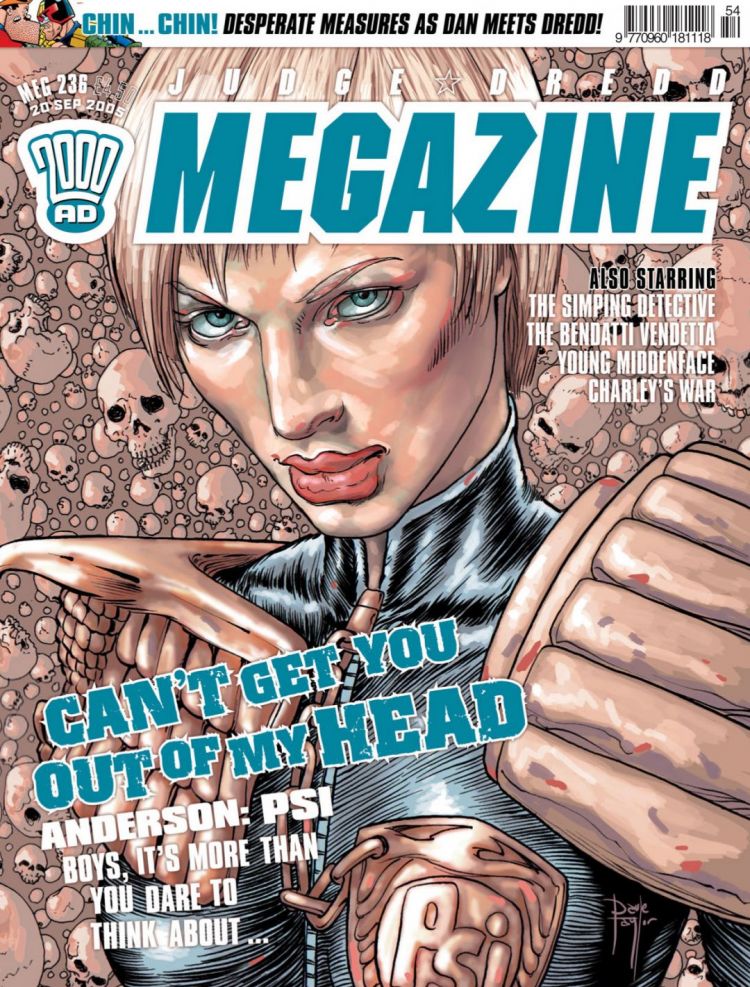 Interrogation - The Slings and Arrows (Part 3)

Mega-City One, 2127 AD – a vast metropolis ruled over by the Judges; judge, jury and executioner in one. Toughest of them all is Judge Dredd ... which was proved once again in ’26, when he led a ruthless crusade to crush the so-called ‘New Mutant Army’ amassed in the Cursed Earth beyond the City!

British Icons » Desperate Dan - Who ate all the pies? (Part 1)

Heatseekers » Cult TV: It's the end of the world as we know it (Part 1)

Mega-City One, 2127 AD – a vast metropolis of 400 million citizens ruled over by the Judges. Empowered to dispense instant justice, these future lawmen are judge, jury and executioner. They watch you in the streets, they watch you in your habs. Nowhere is private – not even the smallest room ...