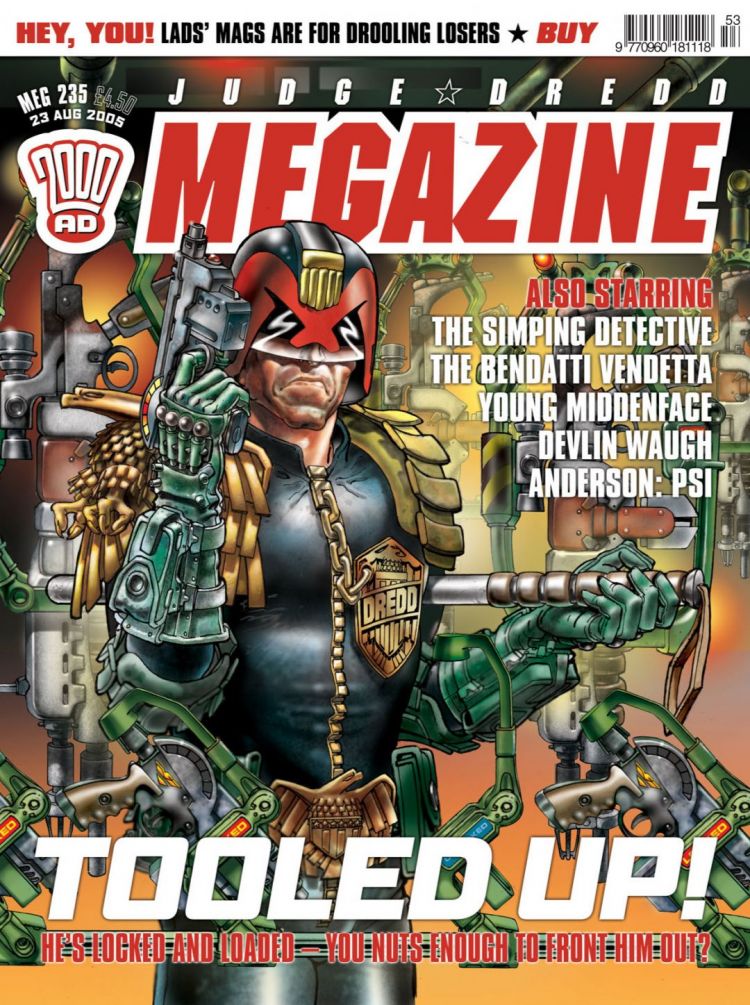 Interrogation - The Slings and Arrows (Part 2)

Judge Dredd » Lucky for Some (Part 1)

Heatseekers » Cult TV: What kind of Cults do you take us for? (Part 1)

Heatseekers » Movies: Something for the Weekend (Part 1)

Heatseekers » Orient: You may now kill the bride (Part 1)