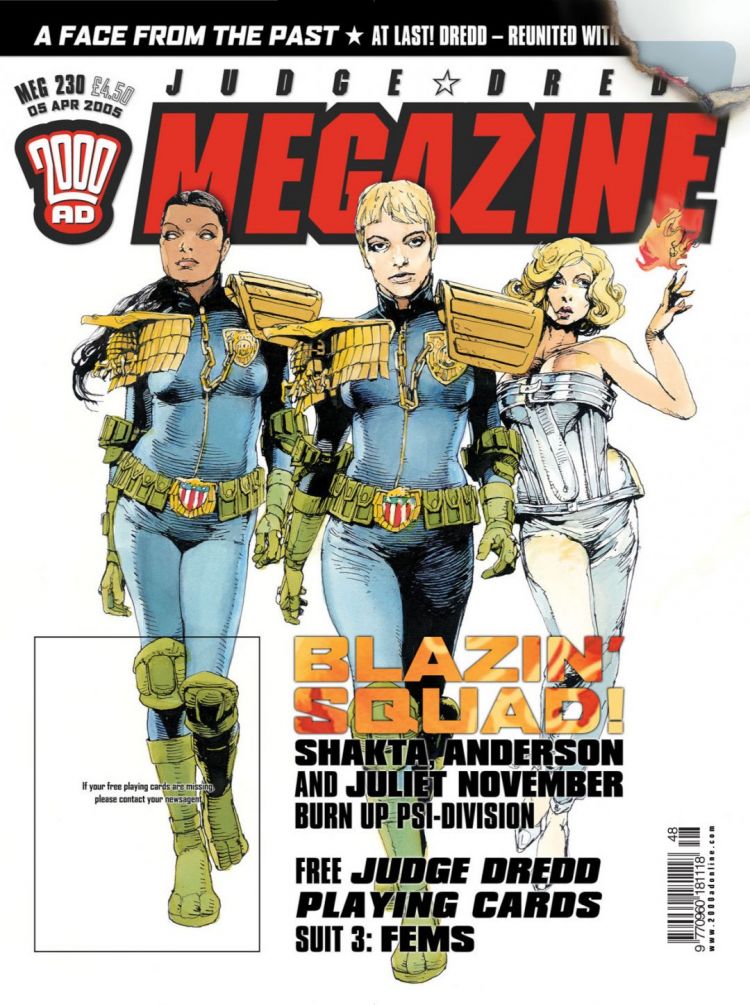 Mega-City One, 2127 AD: In the Big Meg’s Barrio Blocks, they call Carlito Agarra the ‘Bato Loco’ – ‘Crazy Guy’! He’s just tryin’ to make a dishonest cred in a mad city – but if it ain’t the Judges on his back, it’s Don Morte’s Mob, and if it ain’t the Mob it’s sure to be something else. Madon’!

Interrogation - We Want you as a New Recruit (Part 2)

Whatever happened to? » Melda Dreepe (Part 1)

Mega-City One, 2127 AD: it’s been nearly 25 years since the Meg fell victim to the Block Mania toxin, leaving the city open to invasion. One of the first to succumb was Dan Tanna Block’s Melda Dreepe, who inspired an assault on Enid Blyton in reprisal for the dropping of a four-cred freezy-whip on her head ...

Heatseekers » Movies: You must be Mistaiken (Part 1)

Heatseekers » Comics: It's not easy being green (Part 1)