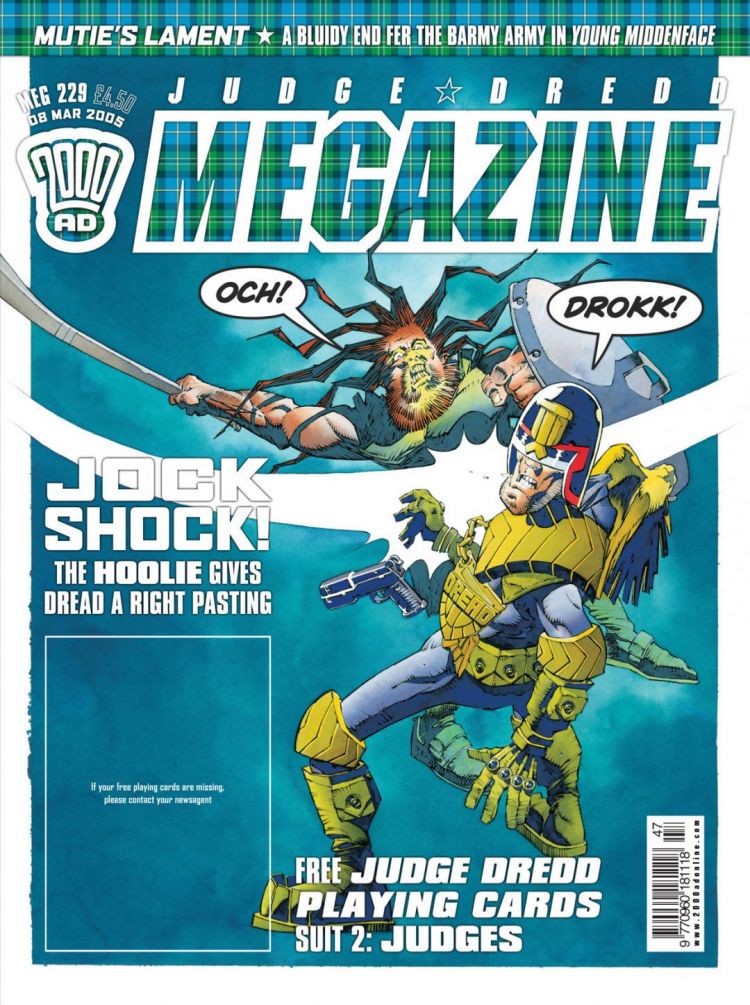 Mega-City One, 2127 AD – a vast metropolis of 400 million citizens ruled over by the Judges. Across the Black Atlantic in blighted Cal-Hab lives the cartoonist Kenny Who?, who still remembers when he dreamed of making it big in Big Meg comics – before Judge Dredd sent him packing. Will Who?’s dream never die?

Heatseekers » Comics: When the Spirit Moves You (Part 1)

Mega-City One, 2127 AD: In the Big Meg’s Barrio Blocks, they call Carlito Agarra the ‘Bato Loco’ – ‘Crazy Guy’! He’s just tryin’ to make a dishonest cred in a mad city – but if it ain’t the Judges on his back, it’s Don Morte’s Mob, and if it ain’t the Mob it’s sure to be something else. Madon’!

Interrogation - We Want you as a New Recruit (Part 1)