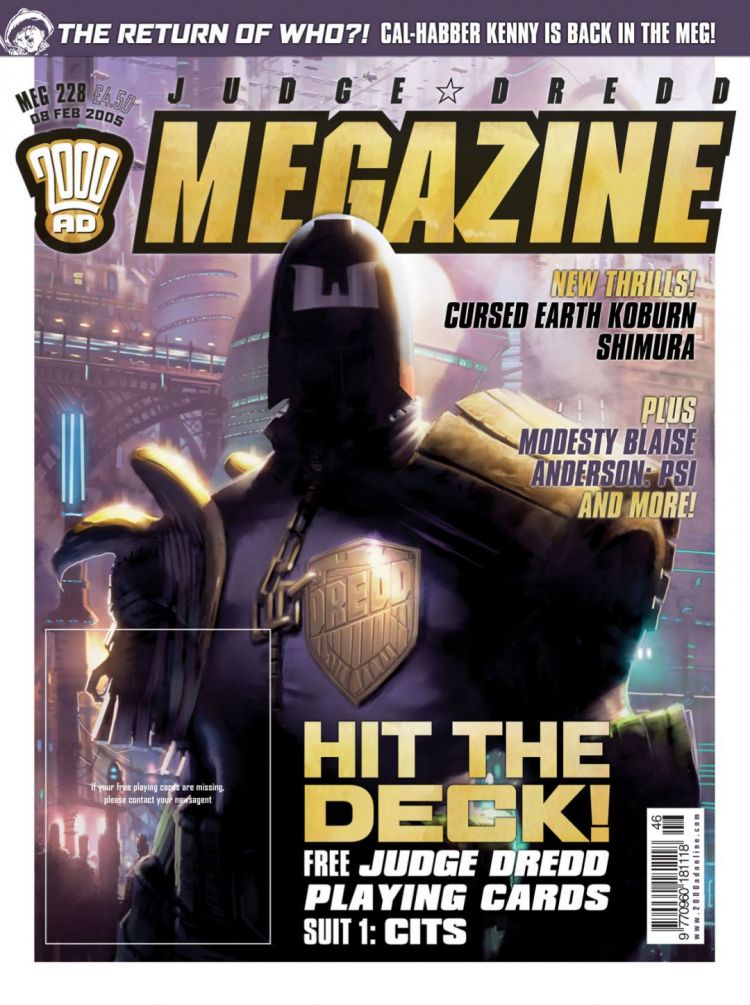 Heatseekers » Orient: Let that be your last battlefield (Part 1)

You're Next, Punk! » Bloody Foreigners (Part 1)

The Cursed Earth, 2127 AD. Cool, calculating, deadly, JudgeMarshal Koburn is a future lawman unlike any other. A stickler might call him a disgrace to the uniform – but out in the irradiated wilderness, he tells his idealistic partner Bonaventura, the only way to survive is to take it easy ...

Mega-City One, 2127 AD – a vast metropolis of 400 million citizens ruled over by the Judges. Across the Black Atlantic in blighted Cal-Hab lives the cartoonist Kenny Who?, who still remembers when he dreamed of making it big in Big Meg comics – before Judge Dredd sent him packing. Will Who?’s dream never die?