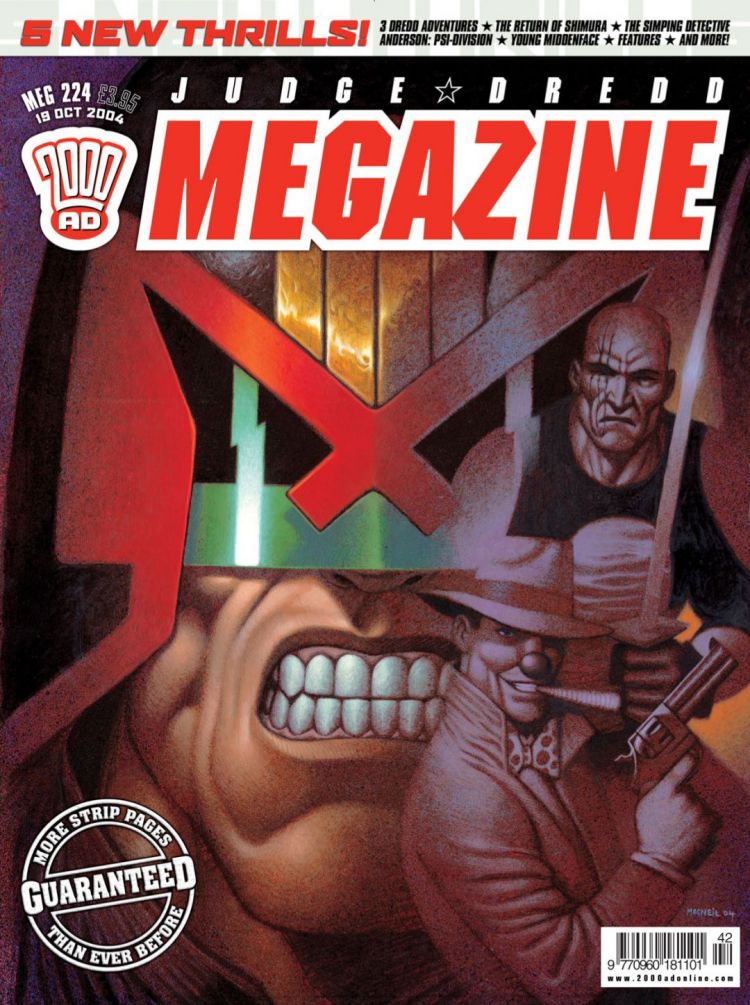 Mega-City One, 2126 AD. Psi-Judge Cassandra Anderson lies in a weird coma, a victim of Judge Death. Anderson’s subconscious forbids her to wake, lest she should release a lethal contaminant known as ‘Half-Life’. But Psi-Division has other ideas ...

From a twisted dimension where life itself is a crime come Judges Death, Fear, Fire and Mortis.

Mega-City One, 2126 AD: with unemployment endemic and boredom universal, tensions run a relentless knife-edge. And when things get out of hand, and the Judges get to start cracking heads – well, someone’s got to clear up the mess they leave behind. Call the meat wagons, someone!

Mega-City One, 2126 AD – a vast metropolis of 400 million citizens ruled over by the Judges. Empowered to dispense instant justice, these future lawmen are judge, jury and executioner. Toughest of them all is Judge Dredd – he is the Law! In the 22nd century, bloodsports have long been abolished. Yeah, right ...

Mega-City One, 2126 AD: Simped-up private eye Jack Point is an undercover ‘Wally Squad’ Judge – ’cos only a clown would want to walk the mean streets of Angeltown, the district at the arse-end of ‘City Bottom’. But what’s this? A rival dick, on Jack’s tail? Who’d be that crazy?

Hondo City, 2126 AD: 22nd century Japan straddles the border between ancient Samurai values and cutting-edge technology. Eight years ago, determined to fight organised crime and endemic corruption, Judge-Inspector Shimura turned ronin. He may have escaped death – but can he ever escape his past?