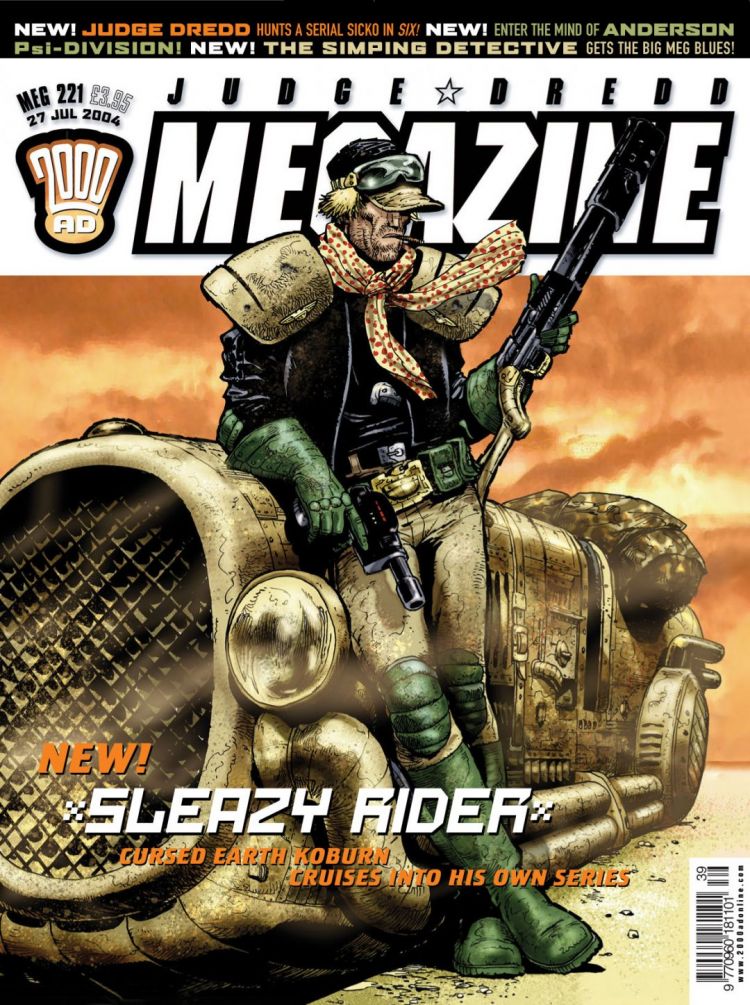 The Cursed Earth, 2126 AD. Cool, calculating, deadly, Judge-Marshal Koburn is a future lawman unlike any other. A stickler might call him a disgrace to the uniform – but out in the irradiated wilderness, the only way to survive is to take it easy ...

Mega-City One, 2126 AD. The name’s Point, Jack Point. I got two friends in this world. One’s long and hard, and makes your ears ring after every shot. The other’s my gun. I’m a PI. Here in Angeltown, that stands for ‘Perpetual Insecurity’ ...

Mega-City One, 2126 AD. Psi-Judge Cassandra Anderson lies in a weird coma, a victim of Judge Death. Anderson’s subconscious forbids her to wake, lest she should release a lethal contaminant known as ‘Half-Life’. But Psi-Division has other ideas ...