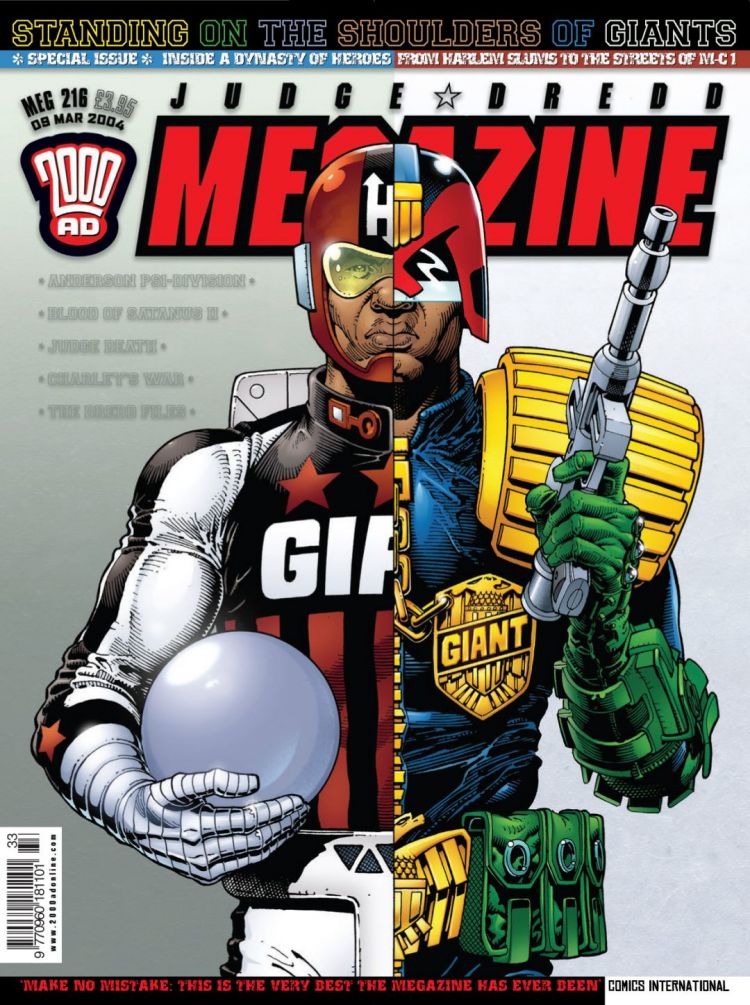 Mega-City One, 2126 AD. A vast metropolis of 400 million citizens ruled over by the Judges – lawmen empowered to dispense instant justice. Toughest of them all is Judge Dredd, a clone of the legendary Fargo – a bloodline which lives on elsewhere!

Back in the 21st century, the name of the game was aeroball, a furious contest between teams of jetpackers – none bigger than the Harlem Heroes, captained by John ‘Giant’ Clay. Cut to 75 years on from those glory days: Mega-City One, 2126 AD!