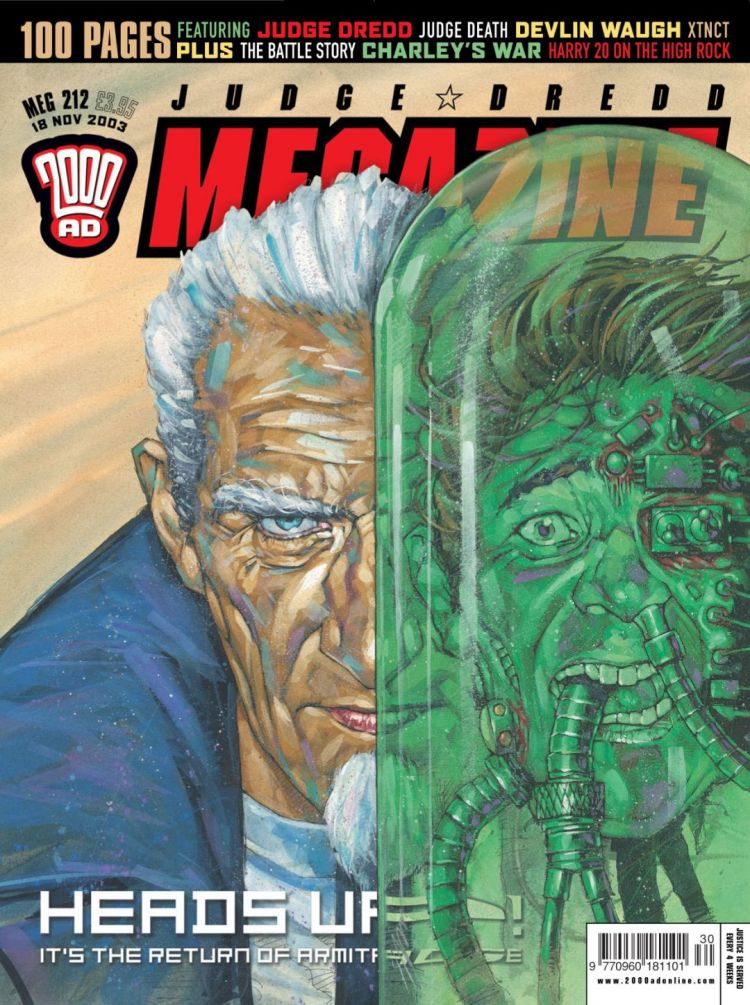 2125 AD: bordered by the atomic desert of the Cursed Earth, Mega-City One is a vast, crime-ridden metropolis of 400 million citizens ruled over by the Judges – future lawmen who are judge, jury and executioner combined. Toughest of them all is Judge Dredd!

Armitage » Apostasy in the UK (Part 1)

Brit-Cit, 2125 AD. Detective-Judge Armitage is the best plainclothes operative in the Brit-Cit Justice Department, trawling the seamy underbelly of a rotten state. He’s also arrogant, opinionated and stubborn – as his partner Treasure Steel knows all too well ...