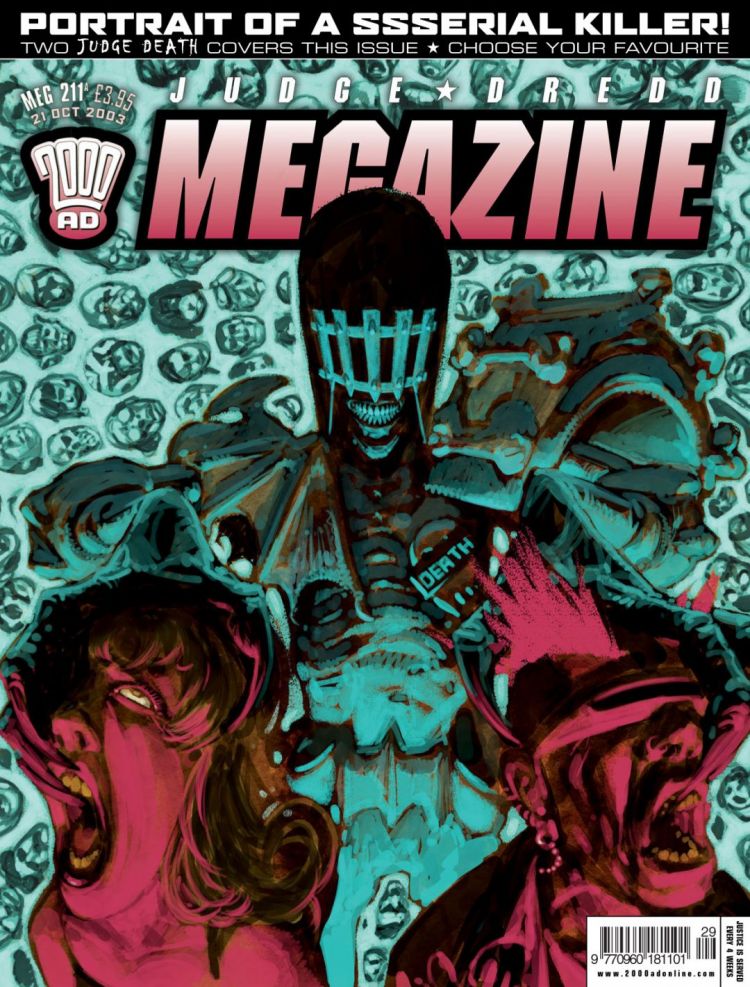 For years, rumours have circulated amongst the law enforcement agencies of Europe about a mysterious order known only as the Bendatti, who wreak vengeance upon criminals that the legitimate authorities cannot touch...

2125 AD: bordered by the atomic desert of the Cursed Earth, Mega-City One is a vast, crime-ridden metropolis of 400 million citizens ruled over by the Judges – future lawmen who are judge, jury and executioner combined. Toughest of them all is Judge Dredd!