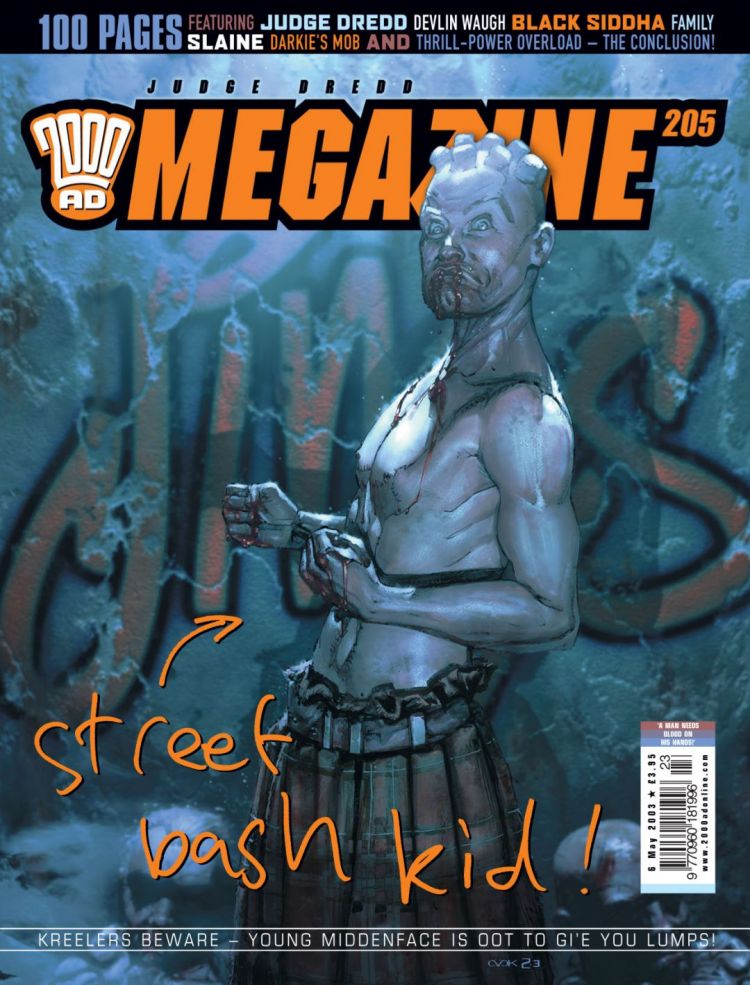 Judge Dredd » Monkey on my Back (Part 2)

Flashback to Mega-City One, 2099 AD – a vast, crimeridden metropolis of 800 million citizens ruled over by the Judges. Dispensing instant justice, these future lawmen are judge, jury and executioner. Gaining a reputation as the toughest of them all is Judge Dredd – he is the Law!

Warped by radioactive fallout and oppressed by the vicious Kreelers, mutants are the underclass of 22nd century Britain. After leading a Glasgow jailbreak, teenager Archibald ‘Middenface’ McNulty is on the run with unlikely mutie Bonnie Charlie Prince ...