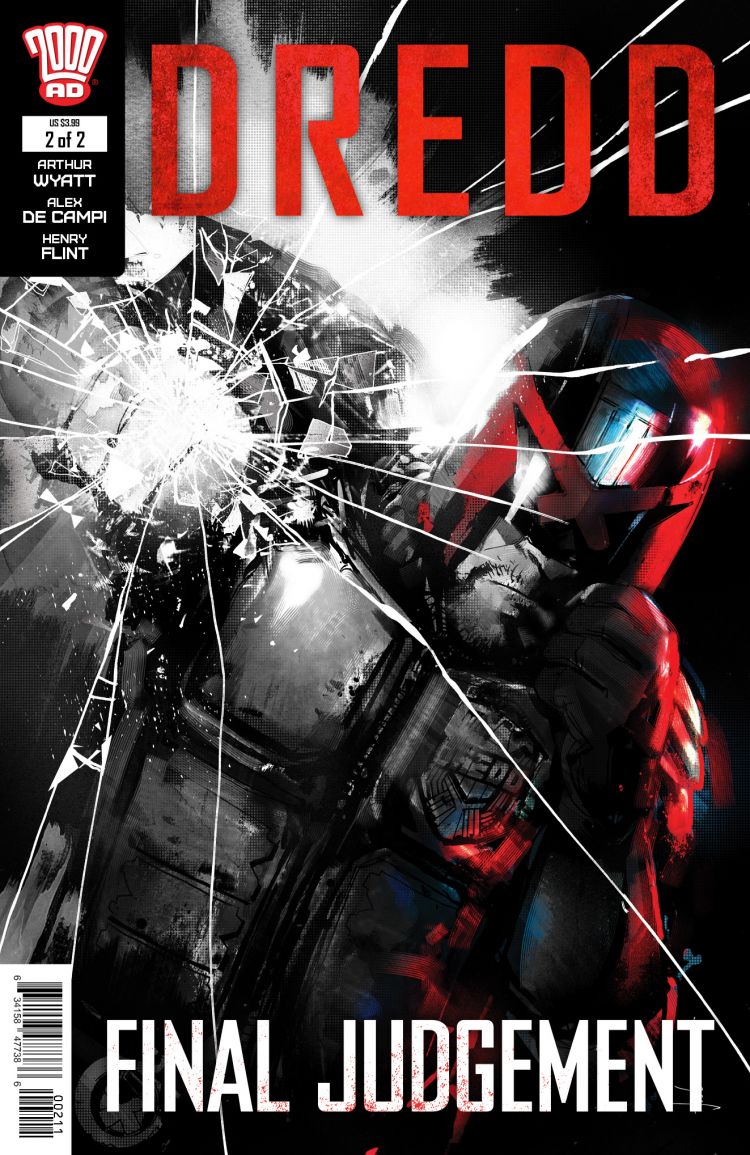 The comic-book sequel to the cult movie DREDD reaches its epic final story with the clash that fans have been waiting for – Judge Dredd versus Judge Death!

Mega-City One, the cusp of the 22nd century. Eight hundred million people are living in the ruin of the old world, a planet devastated by atomic war. Only one thing fighting for order in a metropolis teetering on the brink of chaos – the men and women of the Hall of Justice. One such lawman is Judge Joe Dredd, who is about to be confronted with his strangest and most challenging case yet.

Dredd: Final Judgement brings the comic book tie-ins to Alex Garland’s DREDD movie to a close with a story that will shatter the lawman’s world! Scripted by Arthur Wyatt and Alex De Campi, and illustrated by Henry Flint, this two-issue mini-series features exclusive covers by Jock.