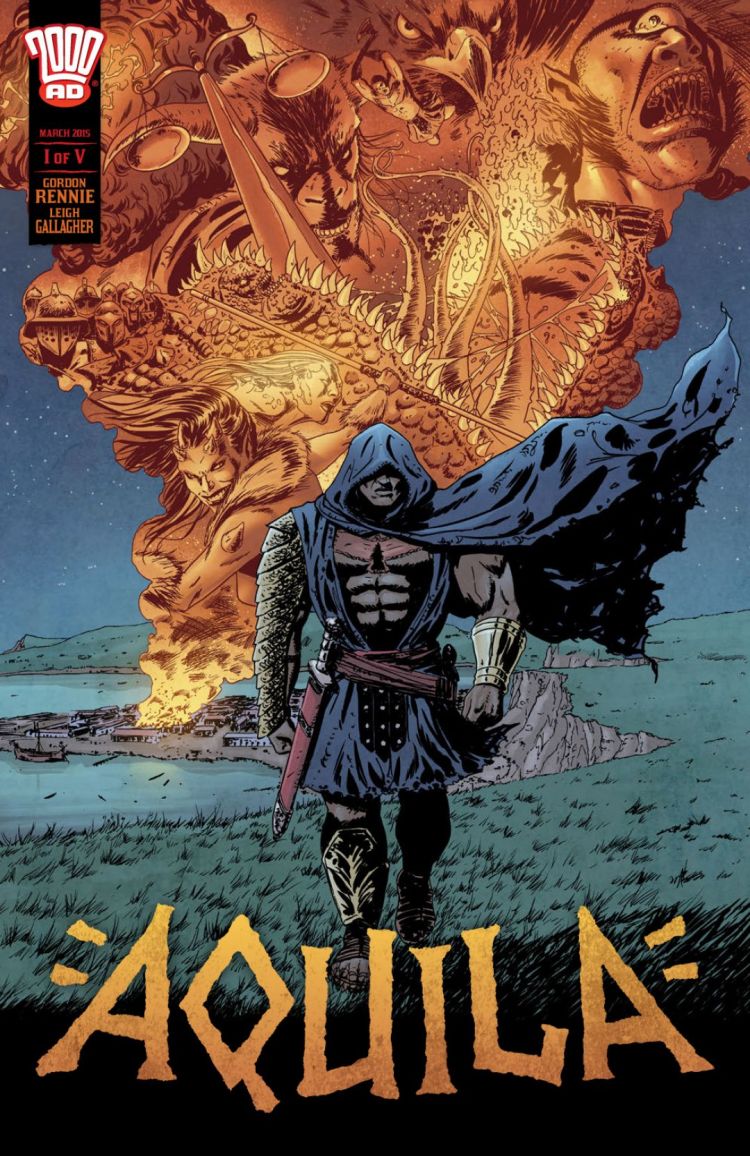 NEW SERIES! He was one of the rebellious gladiator-slaves crucified by the Romans for being part of Spartacus’s uprising, and in his dying moments he called out to the gods for vengeance. Something heard him, and brought him back from the dead in exchange for his soul. He is Aquila, and he is now the unstoppable instrument of Ammit the Devourer, who hungers for the souls of evil men – and Aquila will keep feeding her until his debt has been paid!