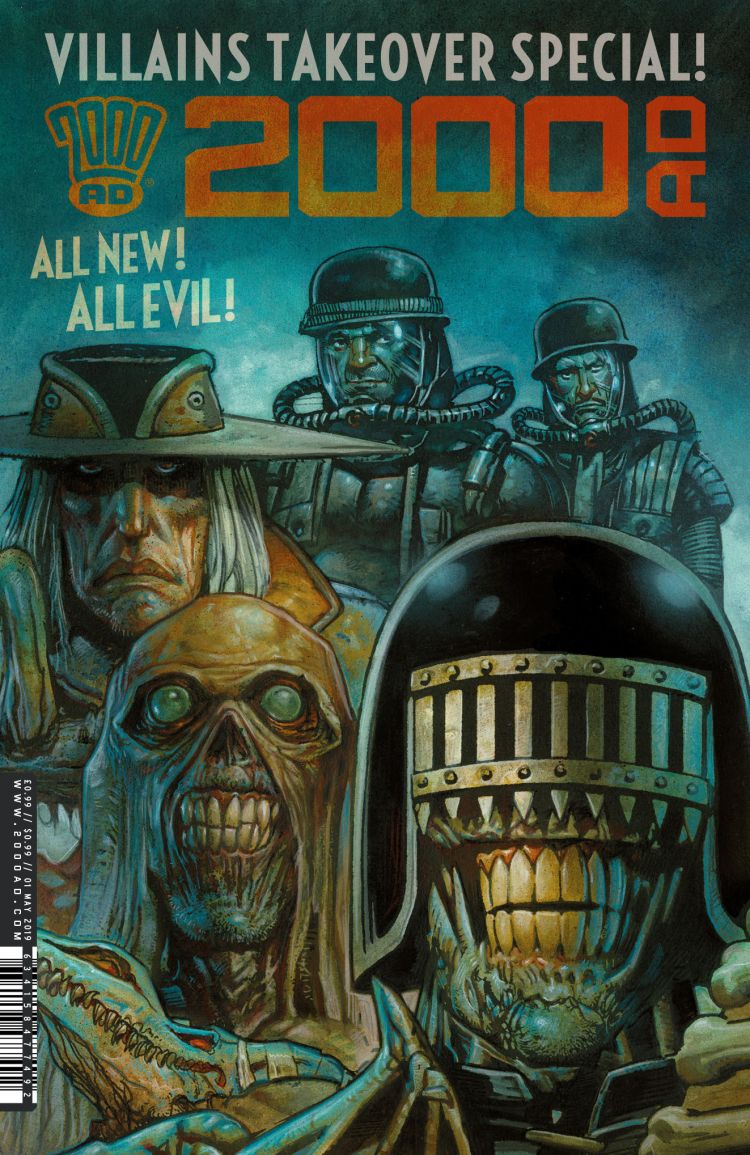 The undead superfiend known as Judge Death was once an officer of the law on an alternate Earth. Driven by sadistic urges, he allowed himself and three like-minded colleagues to be transformed into beings of pure evil by the witches Phobia and Nausea. Judging all life to be a crime, Judges Death, Fire, Fear and Mortis killed everybody on their planet and then crossed dimensions, where they have attacked Mega-City One several times. Only Judge Dredd and Psi Judge Anderson have been able to defeat them...

Brass and Bland » The Professionals (Part 1)

As a terrible war between the Nort and Souther armies raged on the ravaged world of Nu Earth, two unscrupulous men on either side found each other and decided to team up in order to make a fortune. Mr Brass and Mr Bland became professional body looters, scavenging the battlefield for profit. They would eventually meet their match when they decided to hunt down the legendary Genetic Infantryman, Rogue Trooper...

The Lord Weird Slough Feg » Lord of the hunt (Part 1)

He is one of the most powerful Drune Lords - with the power to raise the dead and shed his skin, taking on new and frightening forms. He is thousands of years old and commands an army of ruthless skull swords that he employs to besiege the tribes of the goddess Danu in Tír Nan Og. He lives unground in the Cave of Beasts and dines on the flesh of children. He is the Lord Weird Slough Feg...

The Stix are a clan of identical mutant siblings who possess superhuman strength and a penchant for killing. As one of the only jobs left available for mutants is bounty hunting, many Stix have operated as ‘Strontium Dogs’, tracking down and often murdering their own kind for a living. Some say that Tyrus was the greatest of them all - maybe even better than the celebrated SD agent, Johnny Alpha...

Tharg's Terror Tales » The last of the Hellphibians (Part 1)

Experience the terrifying side of Thrill-power with these one-off tales from beyond the shadowy veil of sanity. Whether they be grisly goings-on that send shivers up the spine or blood-curdling heart stoppers that cause horrifying bowel explosions, nothing is what it seems in these visions of a horrifying realm beyond our own...