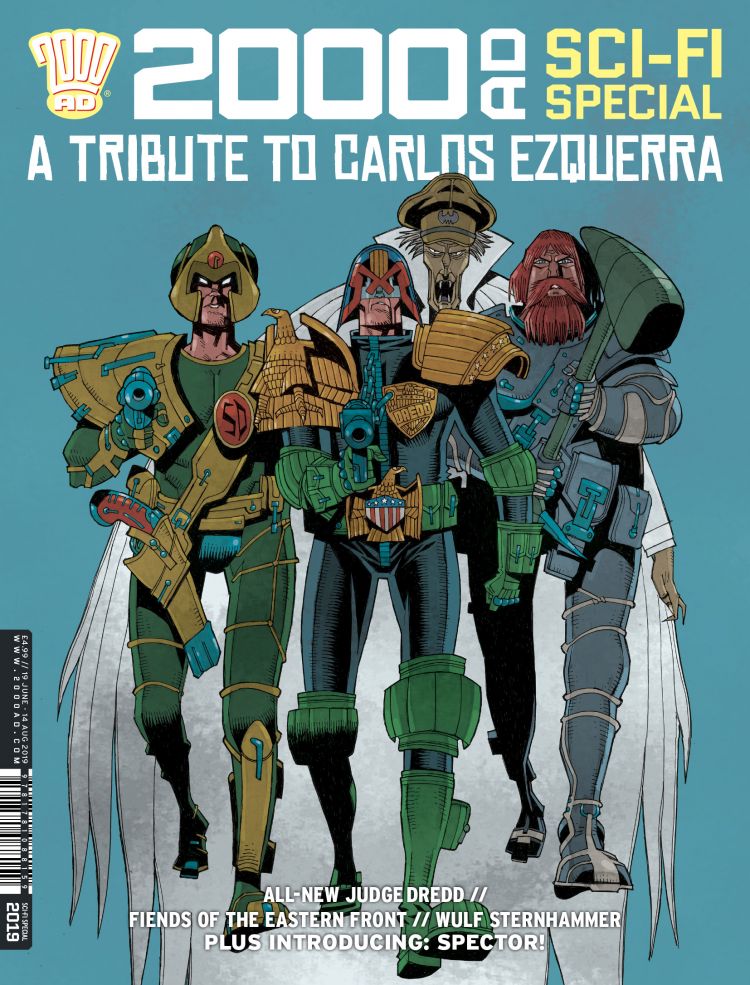 In 2018, the comics world lost one of its greatest creators – Carlos Ezquerra. The 2000 AD Sci-Fi Special pays tribute to the legendary co-creator of Judge Dredd and Strontium Dog with a special issue focusing on some of his most iconic series – Judge Dredd, Strontium Dog, and Fiends of the Eastern Front. It also includes his last unpublished work on Spector, the new series he was working on with long-time collaborator John Wagner.