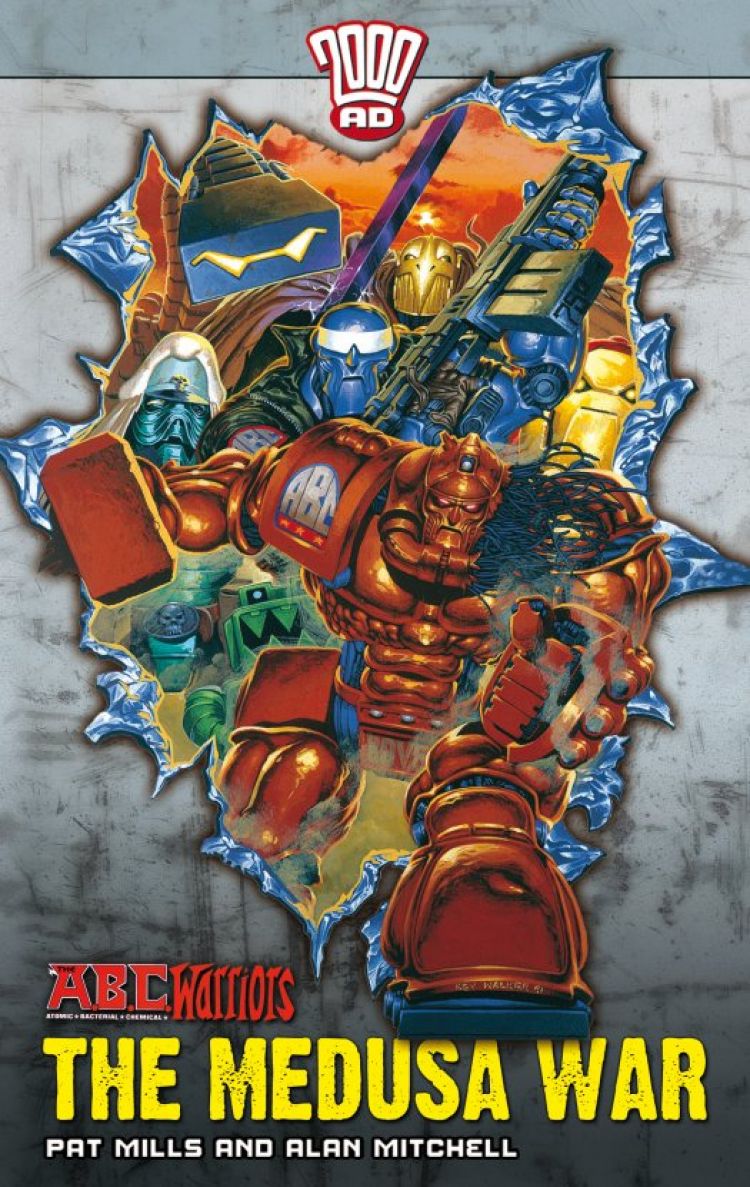 The ABC Warriors - hard-bitten robotic soldiers designed to fight in the worst Atomic, Bacterial and Chemical theatres of war. They are the hard-drinking liberators of Mars and a deadly fighting force that has slipped into legend. On the dead plains of Mars, human terraformers awake an ancient lifeforce known as Medusa that is determined to stop the planet becoming an alien world. When the ABC Warriors learn of this new threat, a two thousand year-old program is activated that compels them to return to the red planet, but in doing so they know that they will be rendered obsolete and self-destruct. Facing a guaranteed suicide mission, the ABC Warriors lock and load and begin the Medusa War!

A war-torn tale of heroism and carnage from comics legend Pat Mills - creator of the ABC Warriors.